With words plastered over news sites like “wave”, “tsunami”, “earthquake”, “landslide”, etc. you’d think that a major natural disaster occurred instead of run-of-the-mill democratic elections. There’s no shortage of coverage of Tuesday night’s winners and losers, underdog upsets and sighs of relief. Many woke up yesterday morning taking a hard look in the mirror, and while some predict the world will end in the next two years, we’ve got a prediction of our own: this is a great opportunity for science advocates. 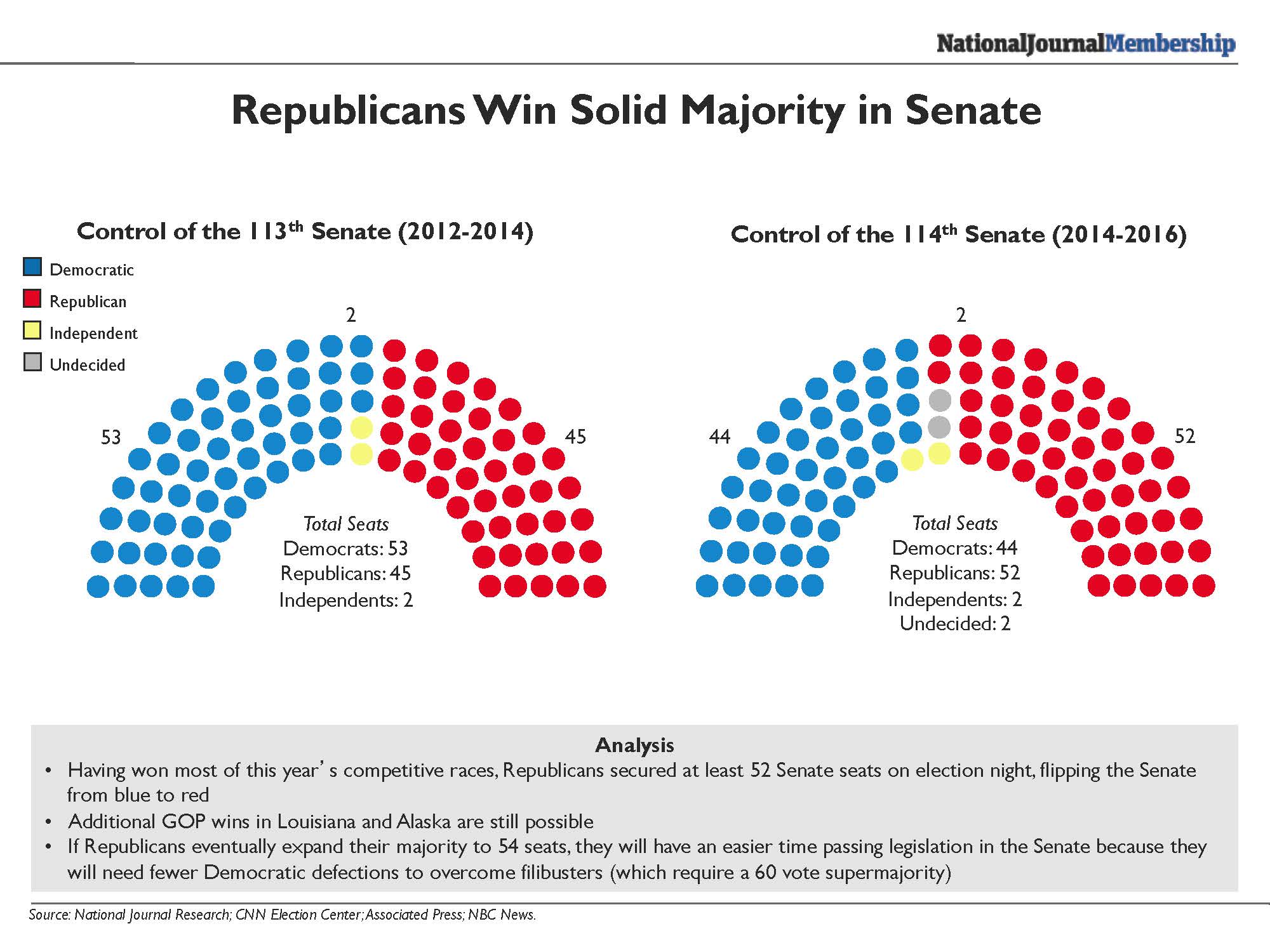 Let’s take a step back and look at the consequences of Election Night. The big news of course is that control of the Senate flipped from a Democratic to Republican majority. Currently, Republicans hold 52 seats, a seven seat pickup overall. Of the three remaining races, Alaskan Senator Mark Begich (D) most likely will not win reelection, Louisiana’s senate race will go to a run-off vote scheduled for 6 December 2014, and Virginia remains too close to call and will probably go to a recount.

The important thing to keep in mind is that not much can happen in the Senate without passing a 60-vote, filibuster-proof threshold known as cloture. Even if Republicans pick up the seats in Alaska, Louisiana, and Virginia, resulting in a total of 55 seats, some level of compromise would be necessary to attract moderate Democrats and get those 5 additional votes. Furthermore, Senate Republicans do not have the numbers to overcome a veto by the president. That being said, it’s certainly possible to attach amendments onto “must-pass” legislation such as appropriations bills that fund the government, putting the president in a tough spot politically if he vetoes them.

Meanwhile, Republicans in the House of Representatives solidified their power with a pickup of 13 seats, ushering in their highest majority in over 80 years. Barring a major shift in the national political scene, the chamber will likely remain in Republican hands for the foreseeable future.

So where does the opportunity lie? Currently there will be 20 new members of Congress taking office at the start of the new term this January. That represents 20 new ways to make connections and build relationships with potential allies and key decision makers that will influence issues affecting science policy for the next two years (or more). Additionally, the switch in control of the Senate also brings with it new leadership and changes in the top spots on committees, such as Appropriations, Commerce, Science, and Transportation, Environment and Public Works, and Energy and Natural Resources.

It’s never too early to start making genuine, impacting relationships with policy makers and their staff. Doing so can help make sure science has a clear, consistent, and powerful voice in the halls of Congress.